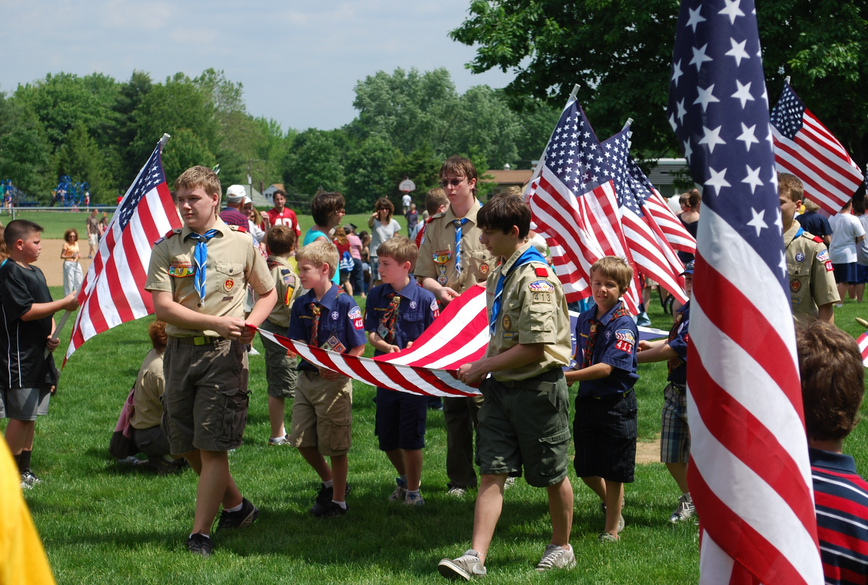 he original inhabitants of Wyomissing were Indians from the Lenni Lenape tribe who lived along the banks of the Wyomissing Creek. The word Wyomissing is a phonetically derived the Indian name for the area whose exact meaning is unknown, but most likely means “a place of flats” which makes much sense considering how flat Wyomissing is compared to nearby surrounding areas. Much of Berks County was transfered from the Indians to William Penn in 1685. Title to the land that much of Wyomissing is built upon was in two parcels, an eastern tract and a western tract, which were divided by a northwesterly line in the vicinity of Lake Avenue. One of the earliest industries in the area was the Evans Grist Mill. This building still stands at the corner of Old Mill Road and Old Wyomissing Road.

Your ticket for the: Wyomissing Memorial Day Parade