I purchased the truck, better know as POP in 2015, it has been an ongoing restoration, but a lot of fun. I purchased it in Ohio. It is a rather rare vehicle,  a 1942 Dodge WC 26 Carrayll. Dodge only produced 2900 of them from 1941-1942, they were replaced in 1942 by the heavier 3/4 ton Carryall WC 53. Most of the WC 26`s remained stateside, serving on military installations, they best known use was in transporting  troops who built the Alaska highway. They were used by all branches of the service during the war, in many different rolls. 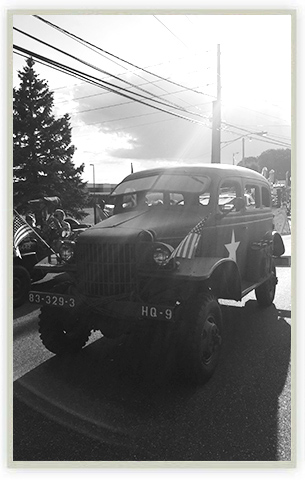 In hindsight one may wonder why Dodge didn’t simply purchase Suburban bodies in-the-white from GMC or Chevrolet as they would not have required modification, however fierce competition amongst Detroit’s automakers at the time made such a transplant unlikely if not impossible.